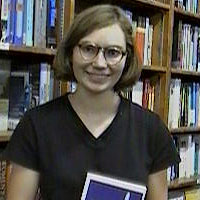 Melanie Daniels was born March 1, 1989, to Bart and Bonnie Daniels. Her sister, Laurie, was one year older than her.

Because of the closeness in their ages, the girls were very good friends. Observers often commented on how well the two sisters got along.

Other than her sister, Melanie's closest friend was Carla Brogan, who was in Melanie's class at school.

Family friends say Melanie's childhood was spent in a nurturing environment. She quickly took to reading and enjoyed dancing classes.

At the age of nine, she began writing poetry, and she won several writing awards throughout grade school. She was a bright student, although her academic performance began to falter in high school.

Melanie's life took a turn in 2006, when she reportedly met a soldier—known to her loved ones only as Reggie—while he was passing through town, and she began a love affair with him.

Existing information suggests she became pregnant by Reggie and left town to be with him and start a life together, possibly in Pittsburgh, Pennsylvania.

Melanie's family last saw her in May 2006. They suspected she had run away with the young stranger, and she never tried to contact them again.

The Danielses searched for Melanie for several months after her disappearance to no avail. They were forced to suspend their hunt when Bart Daniels was diagnosed with lung cancer later that year.