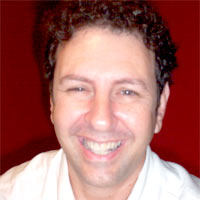 James Canton "JC" Strong lives in Taylor, Mississippi, and drives a delivery truck for the U.S. Postal Service. His love of trucks grew out of his childhood, which was spent riding in the cab of his father's 18-wheeler, delivering tobacco along the Southern Gulf Coast.

Strong was born in Bunkie, Louisiana, on January 12, 1974. His mother died when he was eight months old, and he was raised by his father, J. B., and his big brother, Roy.

After years riding the big rigs back and forth, sleeping in the truck cab, getting little in the way of good food, exercise or education, and being subject to his father's swift fists, JC ran away from the road and settled in New Orleans in 1990. Roy had moved there the previous year, and when JC found him, big brother put the scared young man up in his one-room apartment.

From there, the brothers gained their education on the streets. They worked together committing petty theft, and they earned a bit of money performing odd jobs in the Quarter.

In 1998, Roy had to leave town hastily because of some outstanding debts. JC was involved with a woman at the time and didn't care to join his brother. The two kept in touch, however, and when JC decided to leave New Orleans in 2000, he sought out his brother, who had married and moved to Fort Walton, Florida.

The beach culture didn't suit JC, who suddenly longed to be back on the highway, so he moved around the South and eventually settled in Oxford in 2002. He took a job driving the mail truck from Memphis to Taylor and back every night, and he's held it ever since.

He is known for creating disturbances in Taylor, where he rides his motorcycle around the tiny hamlet at all hours and throws loud parties. He has had his share of run-ins with the law in the past, from charges of drug possession to assault, but has no arrests in the past 10 years.