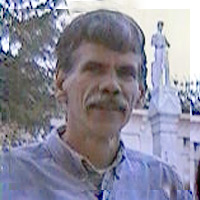 Bart Daniels was born April 4, 1961, in Jackson, Mississippi. His father, Murray, was a state legislator, and his mother, Maureen, cared for Bart and his older brother Larry at home.

The Danielses were a prosperous and well-respected family in Jackson. Bart and Larry were given the finest education, attending Jackson Preparatory School where they both excelled in athletics.

During high school, Bart was a star on the school baseball team and hoped to win a scholarship to play for the University of Mississippi team. A wrist injury hindered his chances during tryouts, and he did not make the team.

Another tragedy struck during Bart's high school years. His girlfriend, to whom he had recently become engaged, was killed in a car accident in 1981.

In the height of his son's misery, Murray convinced Bart to leave Jackson and to study law. In the fall of 1982, Bart Daniels enrolled at the University of Mississippi and soon met Bonnie Jenks, a local beauty whose family had been in Oxford for several generations.

While both were still in school, Bart and Bonnie married in 1984. Bart and Bonnie had their first daughter, Laurie, in 1988. They had a second daughter, Melanie, the following year, and by this time Bart owned a successful law practice in town.

After years of building a solid reputation and bank account in Oxford, things began to go sour for Bart Daniels in the early 2000s. He began losing friends because of his temper and ever-growing boorish personality. His friends did not desert him, however, as he was diagnosed with lung cancer in late 2006. Only a few months earlier, his younger daughter, Melanie, had left home at the age of 17.

Daniels's older daughter, Laurie, left home in 2007, but it didn't slow his progress toward recovery. By 2008, it appeared as though his cancer had gone into remission. He returned to his law business, though his many of his friends distanced themselves and thought he was ungrateful.

In May of 2013, Daniels's cancer was back, and in April 2014, Laurie was found murdered after having been away from Oxford for seven years. He hasn't spoken to his daughter Melanie in eight years.