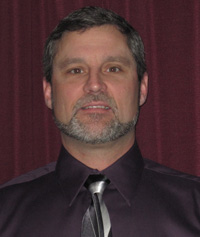 Spenser Fitzgerald Brooks was born to Fitzgerald and Margery Brooks on April 12, 1969 in Oxford, Mississippi. Since Fitzgerald was an investment banker and kept long hours at work, Margery chose to stay home and raise her children. Spenser was their first child and has a younger brother Byron.

Fitzgerald provided well for his family but was away from home a lot. He taught his sons that you had to work hard to obtain the things you wanted in life.

Spenser took his father's advice seriously and listened to things his father taught him. At an early age he started to plan his future. He wanted to be a Criminal Lawyer. Spencer was an excellent student in both his elementary and high school years. He didn't make friends easily but he didn't seem to care. He knew what he wanted for his future and he was determined to obtain his lofty goal.

He graduated high school in 1987 with a 4.0 grade point average. He was accepted to the University of Mississippi where he would later earn a Bachelor's Degree in Criminal Justice. After graduation, he applied and took the law school admissions test and was accepted into the University of Mississippi School Of Law. Through much hard work and dedication he graduated with honors.

During the time he spent waiting to take the bar exam he worked as a paralegal in a criminal lawyer's office and enjoyed watching court cases. Upon graduation from law school, with his new law degree in hand, he applied to a criminal Law firm and was hired on the spot.

Spenser worked several years at the firm but his heart’s desire was to someday work for the District Attorney's office. In 2000, he was hired by the Oxford's District Attorney as an Assistant DA. Although the position didn't pay as much as working for his old law firm, Spenser loved the challenge of putting criminals behind bars and became quite good at it. In 2007, he was elected as the District Attorney of Oxford Mississippi.

Spenser met his wife Virginia during his college years. They were married in 1990. In 1992 Virginia gave birth to a son named Wesley. Wesley is currently a student at Ole Miss and aspires to follow in his grandfather's footsteps as an investment banker.{jcomments on}