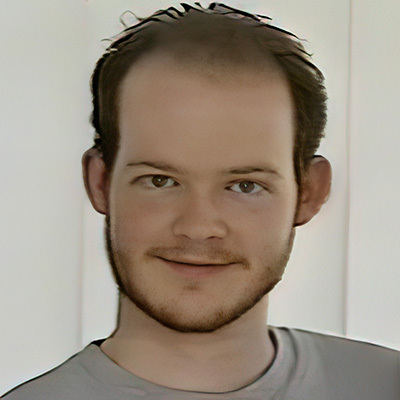 Peter Austin Pane was taken into custody at his residence on Friday, May 6, 2022, and transported to the Shelby County Detention Center in Memphis.

Detectives Armstrong and Murphy interviewed him later the same day at the Detention Center, where he was awaiting extradition to Mississippi. The suspect's attorney, Leslie Forbes, and Yoknapatawpha County Assistant District Attorney Calvin Dollarhide were also present.

Detective Murphy: For the record, state your name and address.

Leslie Forbes: Peter, I advise you not to make jokes.

Peter Pane: Fine, I live at 4888 Gill Road in Memphis. At least, I did until now. When am I getting out of here?

ADA Dollarhide: If we have our way, not for a long time.

Peter Pane: Oh, you're tough, aren't you? Tell me something, is that your real hair, or do you put it on the pillow at night so you can look at it while it sleeps?

Leslie Forbes: Mr. Pane, I caution you to desist in this behavior.

Peter Pane: What do you want? Ask your questions.

Detective Murphy: You've been advised of your rights, correct, sir?

Peter Pane: Yeah, what of it?

Detective Murphy: All right, Mr. Pane, you have been advised of your rights. You have your attorney present. Are you going to come clean or not?

Peter Pane: Look, I don't know what you're talking about.

Detective Armstrong: Your sister's murder. We have a truckload of evidence against you. Why not come clean? Confession is good for the soul.

Peter Pane: Well, tell that to her. The bitch.

Detective Murphy: To whom are you referring, Mr. Pane?

Peter Pane: Wendy. She always does this to me. She put you up to this.

Detective Murphy: I assure you, your sister didn't put anyone up to anything. Shall we review the evidence Detective Armstrong referred to?

Detective Murphy: In the search of your home, we recovered a pair of your sneakers that are consistent with some footprints we found at your sister's house. Those shoes, along with some other clothing we recovered from your house, have blood on them—your sister's blood.

Leslie Forbes: That could be Mr. Pane's blood.

Detective Armstrong: It could be, but we all know it's not, don't we, Pete?

Detective Murphy: The blood type matches Wendy's. It's only a matter of time until we get the DNA back. Plus, we found your sister's laptop in your office.

Peter Pane: So what?

Detective Armstrong: So what?

Peter Pane: Yeah, who says those are even my things? Just because you found them in my house. I'm telling you, it's the bitch. She set me up—again. What can you expect from someone as cold as she is?

Detective Murphy: Mr. Pane, your sister is dead. She's not doing anything to you.

ADA Dollarhide: Don't even try it, Leslie. Anyone can see this is just a pathetic performance to try to escape responsibility for his actions.

Leslie Forbes: The man doesn't even realize she's dead. He needs to be examined by a—

Peter Pane: No way. You aren't sending me to one of those places. Look, don't you people get it? She found out I got that software away from her. She's pissed, and now she's trying to hang this on me. I promise you, she won't get away with it.

Detective Armstrong: Peter, your sister is dead. And you killed her. This act will not wash, not with us, not with anyone.

Peter Pane: That little slut Jenny, I'll bet. She's just another one. You know women. They're trouble, I'm telling you.

Detective Murphy: Jenny admitted that you two conspired to steal Wendy's software, and then you sold it to MegaMaxiNet Solutions. We have your financial records showing a pattern of severe loss. You nearly sold your home—

Peter Pane: So I almost sold my house. Is that a crime?

Detective Armstrong: It is if it's a motive for murder.

Peter Pane: You think I'd kill somebody so I wouldn't have to sell my house? What kind of mind thinks like that? I'd hate to get you pissed off.

Peter Pane: Who is this clown, anyway? What's he doing here? Why do I have to listen to him anyway? Huh?

Leslie Forbes: Diminished capacity. Face it, detectives. The writing is on the wall.

Detective Murphy: I'll tell you what writing is on the wall. He killed his sister knowingly, in cold blood, and with premeditation. He conspired to steal her software, gain financially, and get rid of her for good.

Detective Murphy: Oh, we will. Want me to tell you how you did it?

Peter Pane: Sure, I could use a good story.

Detective Murphy: You and Jenny Sadlier plotted to steal and sell the software. You told your sister you hadn't made any deals, but you had. You made a deal with MegaMaxiNet Solutions for a total of more than one million dollars.

Peter Pane: Someone who made a deal like that must be an excellent businessman. I'd hire him.

Detective Murphy: But there was a problem. Wendy was onto you. She knew you were double-crossing her, and she threatened to go to the law. On the afternoon of the Friday she died, you agreed to meet her on Sunday, but what she didn't know was that you were coming that night.

Peter Pane: Wow, this would make a great TV movie.

Detective Murphy: You waited until your girlfriend was asleep. Since she took a sleeping pill, you knew she wouldn't wake up for hours. You took her keys and her car with her bike strapped to it, and you drove to Oxford. You parked the car off the road a short distance from Wendy's house and bicycled to her house so you wouldn't be seen or heard.

Peter Pane: That sounds pretty clever. You think I'm smart enough to come up with something like that?

Detective Murphy: You broke into Wendy's home and trashed the place. Then you took what you really wanted—her laptop and any other proof that Wendy was the one who wrote the email encryption software. You didn't have time to sort through all her flash drives to figure out which ones you needed, so you took all of them. Then you went back outside and waited in the shed for your sister to come home.

Peter Pane: Ooh, this is so scary. What happened next?

Detective Murphy: When she arrived home, you attacked her from behind with a piece of folk art you found in the shed. The first blow knocked her out, and then you dragged her into the shed, where you smashed her head in a couple more times. When you were sure she was dead, you took a plastic grocery bag you found in her car and put it over her head to keep her from bleeding all over the place.

Detective Murphy: Then you put her in the trunk of her own car and took her to the clearing near the construction site you and she had visited with Michael Robbins. That's where you dumped her body. You started out dragging her body by the wrists, but her shirt started to rip, so you took it off. Maybe just to make it easier for yourself. Maybe to try to make it look like a sexually motivated crime to throw us off the track.

Detective Armstrong: Or maybe you're just into that kind of thing.

Detective Armstrong: Are you sure? Maybe it's part of his diminished capacity. How about it, Pete?

Peter Pane: I don't understand the question. Is that the end of the story?

Detective Murphy: Not quite. After you'd dumped her body, you took the plastic bag off her head and put it in another plastic bag from her car with the shirt you'd taken off her and the disposable gloves you wore. Then you drove back to her house, washed up at the backyard hose, changed into fresh clothes, and put your bloody clothes in that same plastic bag. Then you biked back to your girlfriend's car. On your way home, you turned off on a dark, deserted road and pitched the bag of bloody evidence out the window.

Peter Pane: Wow, interesting story, but it needs some work. The killer's not very believable. I don't buy it.

Detective Armstrong: A jury will.

Peter Pane: Listen, you can think whatever you want, but the truth is, everybody eventually gets what they deserve, and that's all there is to it.

Leslie Forbes: Peter, don't say anything else. Calvin, this is a case of diminished capacity if I ever saw one.

Detective Murphy: Don't worry, Peter. We're going to make sure you get what you deserve.

Detective Murphy: My pleasure. Okay, we're through here. See you in court, Peter.