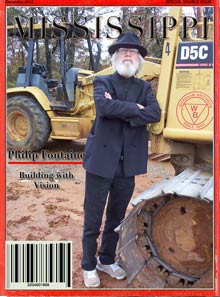 Wealthy real estate developer Philip Fontaine was found dead in a pool of blood on his kitchen floor in July 2020.

During the investigation, theories and speculation swirled, but the detectives ignored the gossip and focused on the evidence. Within a few weeks, they had a suspect in custody.

Now, on the eve of trial, the defense claims to have evidence exonerating the accused and implicating another suspect.

At the prosecutor's request, the detectives are reviewing the case file as part of the preparation to address the defense's assertion.

Emergency Services received a 911 call reporting a man found dead on his kitchen floor. When sheriff's officers arrived at the location, they found a gruesome scene.

After examining the scene, Detectives Armstrong and Murphy talked to the victim's wife, who found the body and called 911.

Then the detectives tried to get some sense out of the victim's son about what he'd been doing the night his father was killed.

After the sun came up, as a local news crew was reporting from the scene, Detectives Armstrong and Murphy got more information about the victim.

Later, while the detectives reviewed a preliminary list of evidence collected at the scene, the Oxford Weekly Planet published their coverage of the murder.

That same morning, the Fontaines' housekeeper came in to meet with Detectives Armstrong and Murphy.

After lunch, the detectives sat down with the Fontaines' handyman to find out about his work for Philip and the family.

Then they talked to Joey's wife to see how much of his story she could corroborate.

The detectives also asked Raquel's boyfriend to come in so they could see what he had to say about Joey's allegations.

The next day, Detectives Armstrong and Murphy met with Philip's attorney to find out if Philip was involved in any business or personal legal matters at the time he was killed.

A little later, the detectives spoke to Philip's banker to learn more about the Fontaine business and personal finances.

Then the detectives traveled to a nearby correctional facility to meet with an inmate who's provided information in the past to assist investigations.

In the morning, the Crime Lab sent over some early findings to give the detectives a peek at what they're learning from the evidence.

Then the detectives sat down with one of Philip's business competitors to talk about their longstanding conflict.

Next up, Detectives Armstrong and Murphy talked to a local bartender who always seems to know all the Yoknapatawpha County scuttlebutt.

That afternoon, the detectives met with Philip's longtime secretary to learn more about his interactions at the office.

By the end of the day, the Coroner's Office had delivered a preliminary autopsy report and the Crime Lab had provided some additional findings on blood at the scene.

Detectives Armstrong and Murphy asked Philip's personal trainer to come in so they could get her response to the rumors about her relationship with her client.

Then the detectives went over to the health club and spoke to another employee about Philip's interactions with his trainer.

The next morning, the detectives had another conversation with Joey to try to fill in some holes in his alibi and to see what he knew about Philip's plans for his will.

Later, they talked to Grant again to try to nail down where he really was the night his father was killed.

At the end of the day, the Crime Lab sent the detectives some DNA results along with an explainer.

The next morning, Detectives Armstrong and Murphy sat down with the bartender again to see if there was anything he forgot to mention.

Then they spoke with Grant again to learn more about his fight with his father and to find out whether he knew about the cash his father had.

That afternoon, the detectives invited Ashley's personal trainer to come in so they could find out more about his relationship with her.

The detectives started early executing the search warrants they'd obtained, starting with Bruno and moving on to Joey later in the day.

After they searched the Flores/Santos place, Detectives Armstrong and Murphy sent all the evidence collected to the Crime Lab for rush processing, while other investigators mapped the locations in the case.

While the Oxford Weekly Planet was telling Yoknapatawpha County about the suspicion falling on Coleman, the detectives had Raquel brought in to see if she had anything else to tell them.

After talking to her, they spoke Benito again before he could find out what his girlfriend said.

The next day, a local farmer contacted the Sheriff's Department, claiming to have information about the case.

As the Crime Lab's findings on the search evidence started coming in, a prime suspect in the murder of Philip Fontaine began to emerge.

When they considered all the latest forensics along with other evidence and witness statements, Detectives Armstrong and Murphy acted to take their suspect into custody.

Later that evening, the detectives spoke with the suspect to get their response to the evidence against them.

The next morning, the Oxford Weekly Planet's Crime Beat column announced the arrest to the community.

Once the prosecution had argued their case based on the information gathered during the investigation, defense attorney Pam Lipscomb presented their case, finally naming the person they allege is the real killer.

After her client's testimony, Ms. Lipscomb spoke with the Oxford Weekly Planet about the evidence the defense uncovered and her expectations for the trial outcome.

Meanwhile, the sheriff's department opened an online portal where their consulting detectives can submit questions or tips about the Fontaine case.

On the following day of the trial, prosecutor Calvin Dollarhide cross-examined the defendant, challenging the claims made during direct testimony.

Once the jury began their deliberations, Mr. Dollarhide spoke to Crime Beat about the case.

On the afternoon of the second day of deliberations, Ashley and Grant Fontaine talked about the defendant and the effect Philip Fontaine's death has had on their lives.

As jury deliberations stretched into a third day, Crime Beat caught up with Fontaine rival Bruno Coleman and bartender Will Sands to get their comments on the case.

The jury finally reached a verdict, and after the sentencing, some of the jurors spoke with the Oxford Weekly Planet.