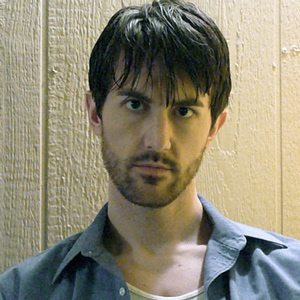 Kenny Ross was born on June 16, 1974, to Marybeth Ross, who was 17 at the time. The birth certificate lists the father as unknown.

Marybeth stayed with her parents until Kenny turned one. She then rented a trailer and supported herself and her son by working as a waitress at a series of truck stops.

Depending on the attitude of the management, Kenny's playpen was either jammed into an under-used portion of the kitchen or placed out in the restaurant. As soon as Kenny could walk, he was helping to bus tables.

Kenny was a good student who always played with the older kids, which sometimes landed him in trouble. Because he was the youngest of any bad crowd, he was always given the benefit of the doubt and a slap on the wrist.

By 16, Kenny was working at the diners whenever he wasn't in school. Marybeth passed the reins to her son and slipped into an alcoholic haze. She was arrested twice for solicitation, but in both instances the charges were dropped for lack of evidence.

Upon graduation, Kenny received several scholarships and enrolled at University of Mississippi as a business major. He withdrew after the first semester when his mother's health suddenly declined and she required more of her son's attention. Marybeth died a year later.

With the help of several silent partners, Kenny opened a small breakfast place called Ma's. Due to financial mismanagement by his silent-but-greedy partners, the restaurant failed within six months, and Kenny used what little he'd managed to save to pay creditors.

Kenny hit the road and disappeared for five years before returning to Oxford on a new Harley Davidson. He didn't say anything to anybody about where he'd been or what he'd been doing. He simply went back to work at the diners, cooking or washing dishes as needed.

Kenny's landlord received numerous complaints about guests at odd hours, but otherwise Kenny was a perfect tenant. Former employers described him as a hard worker who never complained.

Several suspects arrested on possession charges named Kenny as their supplier, but YCSD detectives were reluctant to act before they were in a position to suggest reduced charges in return for information. Kenny's sale of cocaine to a judge's daughter forced the detectives to reassess their priorities. Kenny was arrested, tried, and sentenced to five years, which he is currently serving at the Marshall County Correctional Facility in Holly Springs.

Kenny is a model prisoner who gets along well with the guards, staff and other inmates. He has assisted police during many investigations and his information has always proved accurate.

Upon his eventual release, Kenny has said he intends to take another stab at the restaurant business, and to help him achieve that goal, he's participating in the Culinary Arts program at the prison. This time, he says, he won't make the same mistake of depending on others.