Not officially ruled out as a suspect in the slaying

Teenage murder suspect Marc Huddleston was released today without being charged. Huddleston was arrested earlier this week in connection with the murder of his high school teacher, Frederick Miller.

Miller was shot with an arrow in the Faith and Glory Community Church parking lot on October 29. He died at the scene.

Authorities would not say whether champion archer Huddleston, who is reportedly dating the victim's daughter, could still face charges in the homicide.

"Although no charges are being brought at this time, the investigation is ongoing," said Public Information Officer Elizabeth Jones.

Jones would not comment on whether investigators are considering any other suspects but said they have not ruled anyone out, including Huddleston.

Community reaction to Huddleston's release has been mixed.

Those who stand by Huddleston's innocence are relieved that he is no longer being held.

"We're so happy that Marc is out now. Those detectives don't know what they're doing," said Scott Rice, Huddleston's friend and classmate.

Others are concerned that a killer may be going free.

"If the young man is innocent, no one can argue with his release," said Ben Morgan, president of Concerned Oxford Parents (COP).

"But if he was involved in any way in Frederick Miller's murder," Morgan warned, "then releasing him was a grave error. We can only hope it doesn't result in the death of another innocent person."

A representative for the Miller family said they had no comment on Huddleston's release or the status of the investigation.

I had reached that conclusion and glad to see that he was released. I don't think any of the kids murdered Frederick Miller. I am looking for which adult did it.

If it is only adults, think how awful it is to set up a kid to take the rap.

Yes, that would be awful, but if someone would murder another person, they probably wouldn't care about that.

What makes you think an adult did it? What motive could they possibly have?

I would say it was a mistake to release him, however he doesn't seem like the type to go rogue or commit another murder if it turns out to be him so really it's fine. 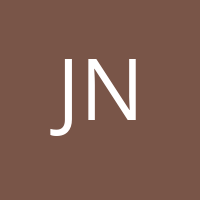 I don't yet know what motive he may have, but Ben Morgan feels suspicious to me.

Josh Nelson
There are no comments posted here yet