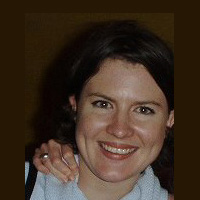 Bernadette Guthrie worked with Diane Coates and attended the annual Barksdale Literature Conference. Detectives Armstrong and Murphy interviewed her at the Yoknapatawpha County Conference Center. The interview was recorded with the witness's knowledge and consent.

Detective Murphy: Thank you for talking with us today, Ms. Guthrie. For the record, will you please state your name and address?

Detective Murphy: You didn't want to talk to us last night. May I ask what changed your mind?

Bernadette Guthrie: Oh, my friend Doris Kirkendale was at the reception with me and just said she didn't think I should talk to anyone without an attorney present. But you know attorneys. They think no one can get along without them. I talked to her later and she said, as long as it's just an interview, it's OK. Besides I want to help if I can.

Detective Murphy: Thank you. We appreciate that. We understand you had a chance to talk with Ms. Coates at the reception before she collapsed. Did you notice anything unusual in her behavior or appearance?

Bernadette Guthrie: We didn't really talk. I was standing near the entrance when she arrived. We said hello and hugged. That's all. She had complained of a headache earlier, so I asked how she felt, and she said she was OK. We'd all been working hard on the conference, and I know she'd been stressed.

Detective Murphy: That's all you talked about?

Bernadette Guthrie: Yes. Then she went around the corner, saw the snacks on the counter and went ballistic. That's when she and Sandra had words. I was kind of surprised, really. Diane is a stickler for details, but I thought she was making a mountain out of a molehill. I mean, she was complaining about the green peas in the snack mix for God's sake.

Detective Armstrong: Were you and Ms. Coates friends? Did you know her very well?

Bernadette Guthrie: Well, we weren't best friends, but we lived fairly close to each other so we rode into work together once in a while. And a couple of times when Rupert was out of town, we went to dinner.

Detective Armstrong: Did you know any of her other friends?

Bernadette Guthrie: Sure. All the people in the office knew her. But, then, I wouldn't say they were all exactly her friends. I guess I came the closest in that department.

Detective Armstrong: What about other people, away from the office?

Bernadette Guthrie: Well, there was this guy, the owner of Ma Folie, the restaurant. We went there for dinner a couple of times when Rupert was out of town. I got the impression that Diane knew the owner pretty well. She talked about him a lot too. She acted like a kid with a crush on someone. If I didn't know better, I'd think they were having a thing.

Bernadette Guthrie: Yeah. I hate to say it, but I think she may have been having an affair with him.

Detective Murphy: Do you know this man's name?

Bernadette Guthrie: Just Landon. But you could probably find him at his restaurant. He's there every night, I guess. Look, I don't want to get anybody in trouble. If you talk to him, please don't tell him I was the one who gave you his name. This whole thing is upsetting enough without somebody chewing me out because I gave you his name. You know?

Bernadette Guthrie: Are we about through here? I have a meeting.

Detective Armstrong: Yes, Thank you, Ms. Guthrie. We may be talking to you again.

Bernadette Guthrie: Sure. I'd sure like to know what happened to poor Diane. When will you know?

Detective Murphy: We should have the preliminary autopsy soon. Then we'll have a better idea of why she died.

Bernadette Guthrie: I'd really appreciate it if you'd let me know.

Detective Armstrong: We'll try to do that. Thank you, ma'am.