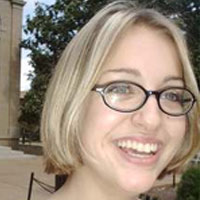 Wendy Kullman was born on November 1, 1980, to Grace and Henry Kullman. She was the youngest of three children and had two older brothers.

Grace and Henry embraced the "boys will be boys" mantra, which allowed Jimmy and Billy to become local terrors. The summer of their eleventh and tenth birthdays, respectively, the boys kept a chart cataloging the various neighborhood pets they killed. Once the summer ended, they presented the red-streaked chart to Wendy. Wendy brought the chart to her first day of school for show and tell. She spent the rest of the day with the school nurse.

Although only a child, Wendy soon become a vocal proponent of animal rights. In third grade, she petitioned the superintendent to add a vegetarian option to the school lunch menu. In sixth grade, she focused her attention on sport mascots, arguing that the objectification of animals lead to animal abuse. In high school, she organized weekly protests to highlight companies that fostered the mistreatment of animals.

Upon graduation, Wendy received access to a trust fund created by her maternal grandfather, a New Bedford whaling captain. Her financial independence enabled Wendy to devote herself to animal activism.

In 2007, she was asked to become a mentor at the Beautiful World Education Center and Camp. The BWECC offered a free year-long program to young women aged fourteen to eighteen. The stated purpose of the program was to promote a sense of self within the framework of our membership in the animal kingdom.

As a mentor, Wendy would have been asked to sponsor five suitable students. Her choices, along with the rest of the BWECC's records, were lost in a fire that destroyed the camp in 2010. Arson was suspected but never proved, and the BWECC soon disbanded.

Wendy never joined any of the national animal rights organizations, although she was known to make sizable donations in her grandfather's name. She was quoted in a newspaper interview as saying that groups that formed to fight a cause soon depended on the continued existence of that cause for their very survival.

Wendy traveled widely to speak with both students and business leaders. She published articles in mainstream magazines and wrote hundreds of letters to newspaper editors. She appeared on numerous talk shows and hosted a popular radio call-in program until advertisers withdrew their support.

In April of 2012, while handcuffed to the counter at a butcher shop, Wendy met John Golden, a vegetarian and locksmith. John opened the cuffs for the police and then posted her bail. The two dated for three months and eloped to be married before a Justice of the Peace. It was John's second marriage. They filed for divorce six weeks later.

John, now re-married to his third wife, described Wendy as "intense." He continued, "I'm a slow and methodical kind of person. Wendy wasn't. She always reacted without thinking things through. Maybe it's the trust fund. She doesn't really have anything to lose and never has."

When pressed, John admitted that he ended the marriage after Wendy dislocated her stepson's shoulder. The little boy, John's son from his first marriage, apparently wouldn't let go of his dog's collar, and Wendy was determined to separate the two. "She really cares about animals," said John. "I'll give her that."

From the very first announcement of the Yoknapatawpha County Literary Festival Beauty Pageant and its sponsorship by Lamar Cosmetics, Wendy Kullman led a public outcry. She played to the press to air her views and distributed awareness packages to all concerned.

During a segment on the Public Television news magazine, Mississippi Today, Wendy claimed that the people who abuse animals rarely stop there.

Does anybody really believe that the companies that abuse animals to protect profits won't do the same to consumers?

I'm not talking about spraying perfume in your eyes and blinding you. I'm talking about using ingredients that pose a threat, simply because they're cheaper.

And why not? The lawyers will point to tests that show most of the animals recovering their eyesight before being destroyed.

Walbert Dopelson hired local private investigator Pam Thompson to shadow Wendy in the days leading up to and during the pageant to ensure that she didn't stage any publicity stunts.

On the afternoon of May 1, 2015, Thompson lost Kullman when Wendy slipped out the rear door of Sneed's ACE Hardware while the PI was parked in front. Until that time, Wendy had done nothing suspicious.