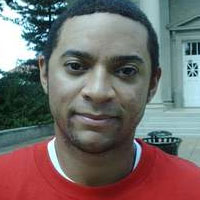 Bob Niwachee was born to Mahogany and Irontail Niwachee on February 28, 1987. Irontail Niwachee was a full-blooded member of the Nattuck Native American tribe and a graduate of Harvard Law School. He was retained by the Nattuck tribe to handle any and all legal issues required by members, a task which was expanded to include pursuing the possibility of allowing casino gambling on reservation land. He played no small part in the passage of the Indian Gaming Regulatory Act of 1988.

Irontail first met his wife, Mahogany Jones, when they were both students spending their off hours in Cambridge coffee houses, she while attending MIT. The two dated and then married once Mahogany graduated. Twelve years later, Bob was born.

The couple and their son experienced racism from many sides. Irontail was Native American, Mahogany African-American, and Bob was both and neither. They lived in an affluent suburb of Boston which was 99% European Caucasian. Bob looked like his mother. He was obviously not white. The children of his father's Native American friends called Bob black. The African-American children he would meet focused on his Indian heritage.

Bob was a typical boy, suffering the normal heartbreaks and scrapes, celebrating the normal achievements and goals. He played soccer, collected stamps, and dreamed of getting a good job and starting a family.

After graduating from the School of Hotel Management at Cornell, Bob was hired to run the newly constructed Nattuck Gaming Casino, a venture made possible by his father. This casino was not as extravagant as some other Indian casinos because the Nattuck reservation consisted of a single acre plot, much of which had to serve as parking for the buses.

The Nattuck Gaming Casino was built tall and narrow, earning it the nickname The Totem Pole. There were four gaming rooms, a restaurant, a lounge, and guest accommodations for sixteen, double-occupancy.

One of the applicants for head bartender was a Jewish Japanese girl named Miriam Osaka. She did not receive the position but did manage to catch the eye and interest of Bob, who asked her to dinner. The two dated and moved in together six months later.

Unfortunately, casino profits proved not as high as some may have wished and tribal members found themselves not buying fancy new luxury cars but being able to replace all four tires on their current vehicle. To increase their slice of the pie, the members voted to shrink the number of people gathered around the table. Tribal guidelines became more stringent. Bob, with a non-Nattuck mother, was out.

A national job search introduced Bob to the Yoknapatawpha County Convention Center. They didn't have any management positions available but were willing to put Bob on the management track if he would come in and learn their business from the ground up. Bob relished the opportunity to prove himself without family connections and accepted the offer.

He proposed to Miriam, wishing to marry near both their families before relocating to Mississippi. Miriam declined his proposal, saying she simply could not move away from her sick father. Bob went to Oxford alone.

Despite being a stranger to the area, Bob quickly familiarized himself with the YCCC and the local community. He formed alliances with contractors and vendors, and he joined the Chamber of Commerce and circulated among business and society leaders.

Bob himself remained single. Although he flew back to Massachusetts twice to spend time with Miriam, she told him during the second visit that she was seeing someone else and that the relationship appeared serious.

Bob's fast track to management was delayed somewhat when rumors began to fly that he was dating one of the YCCC interns from the University of Mississippi. But once the semester was over, she was gone and the gossip stopped.

In January 2015, Bob was assigned to work in the YCCC lounge as a bartender and assistant manager as part of his training. He was on duty in the lounge the night of May 1, 2015, both during and after the Yoknapatawpha County Literature Festival Beauty Pageant gala dinner.