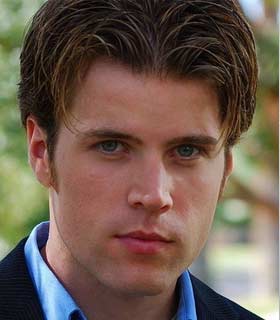 Justin Landry was born February 14, 1990, in Atlanta, Georgia, to Jacob and Dinah Landry. Justin was the third child for Jacob and Dinah. He has two older siblings, twins Charles and Charlotte.

Dinah worked for several years as a registered nurse until she gave birth to the twins. She didn't want someone else taking care of her children, and fortunately for the young family, Jacob ran a successful business selling imported furniture, so Dinah was able to stay home with the twins.

Dinah had complications after the twins' birth and was told she wouldn't be able to conceive another child. To the couple's surprise, seven years later she gave birth to Justin. He was adored and spoiled rotten by the twins and his parents. Perhaps because of their doting, Justin developed a short temper and threw tantrums if he didn't get his way.

During his high school years, Justin excelled in sports. He was offered a football scholarship to several colleges, and he chose the University of Mississippi. He met Courtney Morris in a math class at Ole Miss and was smitten at first sight. Soon he worked up his nerve and asked her out. They have been seeing each other ever since, sometimes exclusively and sometimes not.