Your next investigation is… Roller Deadly

A young woman was found dead in a convenience store restroom.

This case will be available to the public on Monday, January 18, 2021.
Don't want to wait? Subscribe now

Frederick Miller was struck down as he left church after choir practice.

Why would anyone want to kill this dedicated high school teacher?

Local columnist Zoe Chase was found shot to death on the side of a road on the outskirts of town.

Her vehicle was found abandoned a short distance away.

Was this a carjacking gone wrong or did someone want her dead?

Ready to get started? Check out The Last Word Case Introduction and Case Recap. Then review the Latest Case Information.

The Last Word case documents are presented in reverse chronological order in the Case Files.

The Last Word investigation began on Wednesday, June 3, 2020, and will run for about seven weeks. 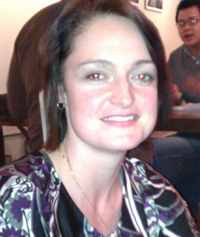 Debra was born November 28, 1978, the only child of Theresa and Shaun Lane of New Orleans. Shaun was a jazz keyboardist, and at one of his regular gigs he met Theresa, a schoolteacher who was at the club celebrating a girlfriend's 30th birthday. Theresa already had a preschooler, Randy, from a previous marriage, and initially she was wary of Shaun's erratic schedule and prior brushes with the law -- he'd had misdemeanor convictions for marijuana and drunk and disorderly conduct. But Shaun proved perfectly responsible, and he and Theresa married in 1977 when Randy was nine.

When Debra was born, Theresa cut back to part-time work -- a move that strained the family's finances. They rented out a room in their house in Carrollton, with an ever-changing parade of college students and other musicians as tenants. Shaun began staying out late after his gigs and coming home intoxicated -- behavior that Randy mimicked his freshman year in high school, earning him a juvenile arrest for underage drinking. Randy left home when Debra was 8 and eventually attended Louisiana State University, where he studied environmental science. Randy moved to California to do post-graduate work at UC Los Angeles, and settled there to work for the state’s department of water resources.

Theresa sometimes took Debra to hear Shaun perform, and it was soon obvious Debra had inherited his talent. Despite the family's straightened circumstances, Shaun paid one of his buddies to teach Debra guitar, and she stuck with it. In high school, Debra formed a band with some girlfriends, and when she graduated in 1996 with average grades, she planned to work by day to supplement gigs by night. Still, when a nightclub owner praised Debra’s demo CD cover art, she decided to enroll in graphic design classes at the Delgado Community College. On the recommendation of an instructor, Debra landed a temp job designing ads for the Times-Picayune. The gig soon became permanent and paid decently enough for her to rent a studio apartment of her own. It was a perfect situation -- until Debra got pregnant at age 21, with a band mate’s ex-boyfriend.

Debra neither married the father nor terminated the pregnancy, and Django Shaun Lane was born January 11, 2001. Debra struggled to meet the demands of motherhood and her job; when the Times-Picayune underwent layoffs in early 2002, Debra was pink-slipped. She moved back in with Theresa and Shaun and began working on call as a computer support technician at Tulane University. At a conference held on campus she met Harris Blanchard, an assistant mathematics professor from Ole Miss, who was due to give a paper on a finicky laptop. They shared a love of jazz, and after Harris's presentation, Debra took him out on the town. Despite their different backgrounds, the two began dating sporadically, whenever Harris could make it to New Orleans.

After Hurricane Katrina, Harris urged Debra to bring Django to Oxford so they could be together, and she agreed. When Django entered kindergarten, Debra returned to part-time work in the communications department at Ole Miss, where she updated the university's Web site. She thrived at the job, but budget cuts struck again, and Debra's position was eliminated in 2008. Since then, Debra has worked as a freelance Web and graphic designer, and recently secured a part-time contract with Giraffe Web Design.